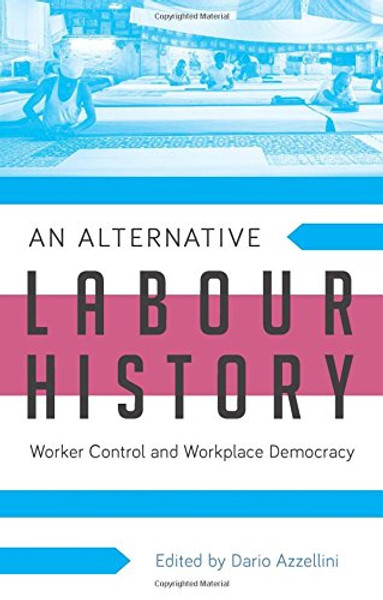 The global financial crisis has led to a new shop-floor militancy. Radical forms of protest and new workers’ takeovers have sprung up all over the globe. In the US, Republic Windows and Doors started production under worker control in January 2013. Later that year workers in Greece took over and managed a hotel, a hospital, a newspaper, a TV channel and a factory.

The dominant revolutionary left has viewed workers' control as part of a system necessary during a transition to socialism. Yet most socialist and communist parties have neglected to promote workers' control as it challenges the centrality of parties and it is in this spirit that trade unions, operating through the institutional frameworks of government, have held a monopoly over labor history.

Tracing Marx’s writings on the Paris Commune through council communism, anarcho-syndicalism, Italian operaismo, and other 'heretical' left currents, An Alternative Labour History uncovers the practices and intentions of historical and contemporary autonomous workers’ movements that until now have been largely obscured. It shows that by bringing permanence and predictability to their workplaces, workers can stabilize their communities through expressions of participatory democracy. And, as history has repeatedly shown, workers have always had the capacity to run their enterprises on their own.

'Dario Azzellini has emerged as arguably the most important contemporary analyst of worker self-management. Casting a critical eye toward non-revolutionary forms of workers' control, Azzellini and the contributors to this volume enrich our understanding while pressing us ever more toward the radical and transformative experiences in workplace management that have become a resurgent hallmark of our moment.'
George Ciccariello-Maher, Drexel University

'Challenging radical fuzziness and conservative dogma, this book is a resource for comprehending the past and conceptualizing the future.'
Professor Paul Le Blanc, La Roche College, and author of Work and Struggle and A Freedom Budget for All Americans

'An Alternative Labour History is a hugely important contribution to that old socialist question: how can ordinary people exercise self-government in the matters that matter most to their daily lives? The essays here update the vision of workers' councils in response to the ecological crisis and to the prospects raised by popular uprisings. Get this book!'
Paul Buhle, Brown University, and Founder of Radical America

'An Alternative Labour History is a must-read for those seeking fresh ways out of the current global morass. Azzellini and his contributors present a real and possible alternative to the twin corporate traps of monopoly capitalism and state socialism. There are lessons here for all who hold tight to the possibility for a future based on equality and social good.'
Susan Moir, University of Massachusetts Boston