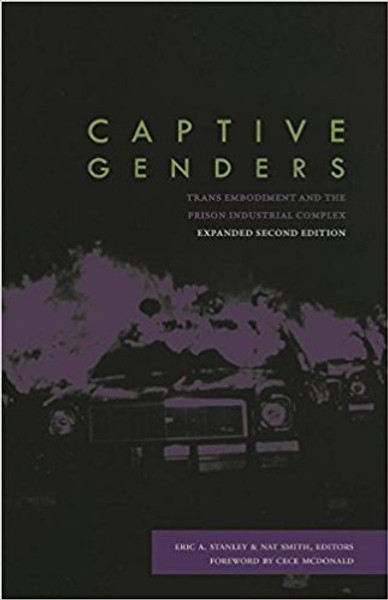 Pathologized, terrorized, and confined, trans/gender non-conforming and queer folks have always struggled against the enormity of the prison industrial complex. The first collection of its kind, Eric A. Stanley and Nat Smith bring together current and former prisoners, activists, and academics to offer new ways for understanding how race, gender, ability, and sexuality are lived under the crushing weight of captivity. Through a politic of gender self-determination, this collection argues that trans/queer liberation and prison abolition must be grown together. From rioting against police violence and critiquing hate crimes legislation to prisoners demanding access to HIV medications, and far beyond, Captive Gender is a challenge for us all to join the struggle.

"Captive Genders is an exciting assemblage of writings—analyses, manifestos, stories, interviews—that traverse the complicated entanglements of surveillance, policing, imprisonment, and the production of gender normativity. Focusing discerningly on the encounter of transpersons with the apparatuses that constitute the prison industrial complex, the contributors to this volume create new frameworks and new vocabularies that surely will have a transformative impact on the theories and practices of twenty-first century abolition."
—Angela Y. Davis, professor emerita, University of California, Santa Cruz

"The purpose of prison abolition is to discover and promote the countless ways freedom and difference are mutually dependent. The contributors to Captive Genders brilliantly shatter the assumption that the antidote to danger is human sacrifice. In other words, for these thinkers: where life is precious life is precious."
—Ruth Wilson Gilmore, author of Golden Gulag: Prisons, Surplus, Crisis, and Opposition in Globalizing California

Bury My Heart At Wounded Knee: An Indian History of the American West - Dee Brown