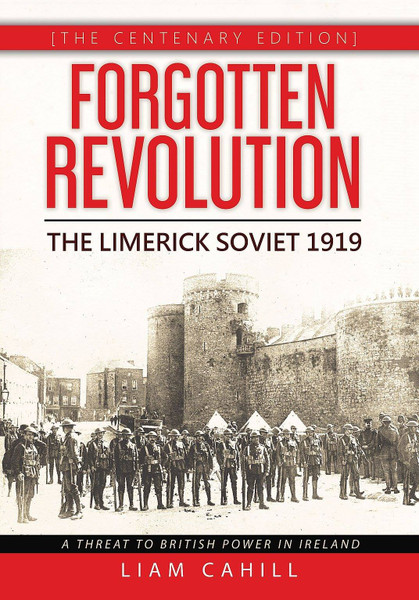 This is a revised and updated version of a long out of print book on the Limerick Soviet.

It is the Spring of 1919. The first shots have already been fired in the Irish War of Independence and the separatist Dáil Éireann has held its first public session. In Limerick, Ireland’s fourth largest city, the workers and their representatives take over running the city and their action is declared a ‘Soviet’. The British authorities see it as a serious threat to their rule in Ireland. The workers are protesting against a severe military law that requires them to get special passes and be checked going to and from work. The restrictions follow the IRA shooting of a policeman and the wounding of another during the rescue of an ill Republican prisoner from a local hospital. He, too, is wounded and dies. The workers control every aspect of life – production and distribution of food, opening and closing of shops, prices and transport. They publish their own newspaper and – uniquely – issue their own currency. Newspapers and newsreels across the world report on the events. Their initial success is built on a local alliance of Socialist, Republican and trade union forces, with the tacit support of the Catholic clergy. However, when the workers seek a general strike, the national leaderships of these disparate groups are opposed and abandon them. The outcome locally is an honourable draw and the militant spirit of Limerick’s women and men inspires more than a hundred other soviets across Ireland in the revolutionary years 1919 to 1923.