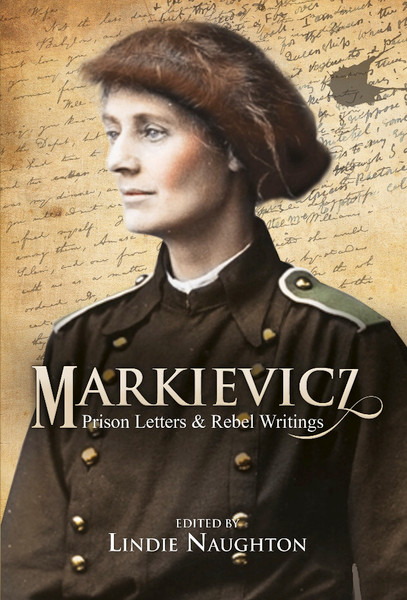 The Prison Letters of Countess Markievicz were first published in 1932 as a classic of feminist literature. Now restored to their original form by leading Markievicz expert, Lindie Naughton, this new edition features previously unpublished letters that Markievicz sent to family members and friends, offering a unique insight into her extraordinary life.

After escaping the firing squad for her part in the 1916 Easter Rising, she was sentenced to life imprisonment and transferred to Mountjoy Jail and later sent to other prisons including Holloway in London and Cork Jail. Through these letters, recounting her feelings, political beliefs, opinions on world events and the minutiae of her domestic life, we hear the voice of a remarkable woman, full of life and spirit; a supporter of the underdog, who never gave up the fight for a more equal society.

The first woman elected as an MP to the House of Commons, Markievicz is a controversial figure in Irish and British history but has remained a shadowy symbol of Ireland’s revolutionary past. The real Markievicz shines through her letters to tell the story of one of Ireland’s most remarkable citizens, in her own words.