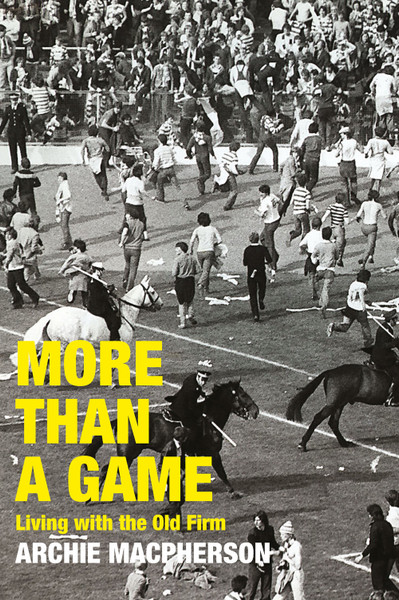 In this book he centres on the infamous riot at the Old Firm Scottish Cup Final at Hampden on 10 May 1980, at which he was the match commentator, and which resulted in the banning of alcohol in football grounds.

He explores his memories of the many clashes between the two clubs over his half-century broadcasting career.

This leads him inevitably to the sources of the sectarianism which has characterised this fixture and the West of Scotland.

He weaves his experiences, and those of others, into the complex tapestry of social issues and club loyalties and takes us through the wider political context: World War II, the invisible hand of Margaret Thatcher and Scotland’s independence referendum.

This vitriolic conflict is more than a game. It is a kaleidoscope of bitter dispute, and occasional violence, and Archie Macpherson provides a colourful insight into how it was to live with the Old Firm for over five decades.