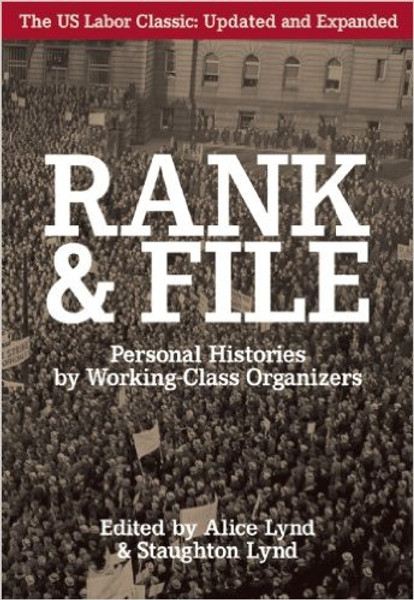 The activity of the rank-and-file organizers in this book covers the 1930s—1960s, and with the addition of accounts from The New Rank and File, the 1970s—1990s. Brought to life in their own words, in this vibrant collection of oral histories, they were each militant in demanding changes in their unions, workplaces, and society at large.

“One of the best works of oral history produced by radical historians. . . . For readers who want to see an alternative view to social trade union history, in which labor leaders take the center stage, Rank and File is the place to begin.”
—Nation

“The stories, which are replete with heroism, double-dealing, hope, and suffering, make a vital contribution to an understanding of American labor’s struggle for recognition and united strength.”
—Library Journal

“A skillful compilation of interviews with working-class organizers . . . not just an oral history, but a chronicle of modern political events ignored in mainstream labor history and journalistic commentary.”
—History Workshop Journal

Alice Lynd was a member of a union of clerical workers in the 1950s, and a member of the Amalgamated Clothing Workers' Union in the 1970s. As a labor lawyer she helped visiting nurses to organize an independent union; assisted laid-off workers when they lost pension, health care and other benefits; filed occupational health and safety claims; and litigated employment discrimination cases.

STAUGHTON LYND received a BA from Harvard, an MA and PhD from Columbia, and a JD from the University of Chicago. He taught American history at Spelman College in Atlanta, where one of his students was the future Pulitzer Prize-winning novelist Alice Walker, and at Yale University. Staughton served as director of Freedom Schools in the Mississippi Summer Project of 1964, and has written or edited numerous books.