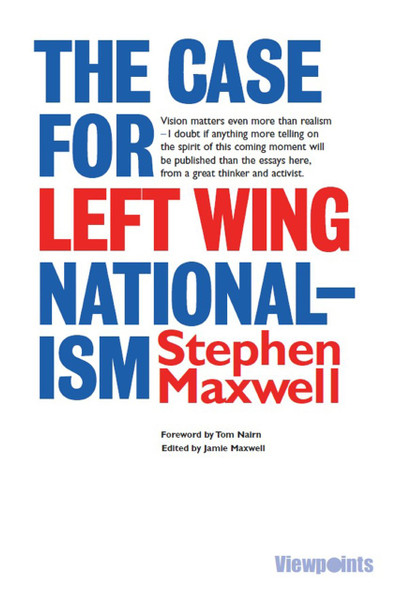 Spanning four politically and socially tumultuous decades, Stephen Maxwell s essays explore the origins and development of the Scottish Nationalist movement. As an instrumental member of the SNP, life-long activist and intellectual, Maxwell provides a unique insight into the debate over Scottish independence.

The Case for Left Wing Nationalism considers the class dynamics of the constitutional debate, deconstructs the myths that underpin Scottish political culture and exposes the role Scottish institutions have played and continue to play in restricting Scotland s progress.

In this wide-ranging analysis, Maxwell draws on a wealth of cultural, economic and historical sources.

From debating the very nature of nationalism itself, to tackling the immediate social issues that Scotland faces, Maxwell establishes a very real picture of contemporary Scotland and its future.