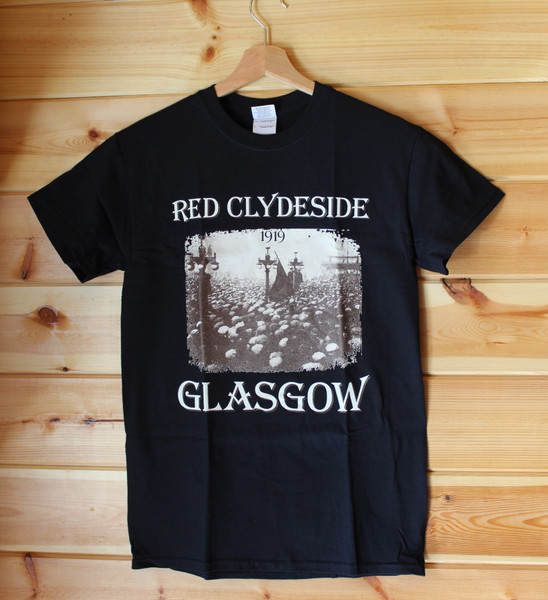 Our celebrating of 'Red Clydeside' t-shirt carries the image from Glasgow's George Square on Friday 31st January 1919, were up to 90,000 people were in and around the Square in support of the 40 hour week strike. The police read the Riot Act to the crowd and the day became known as 'Bloody Friday'.

The UK Government paniced about the social unrest in the city, confined local soldiers to their barracks in Maryhill and brought troops in from other parts of the country, and had tanks on the streets!

This is a two colour screen printed black Gildan t-shirt with the image of a portion of the crowd in George Square with the red flag being raised.