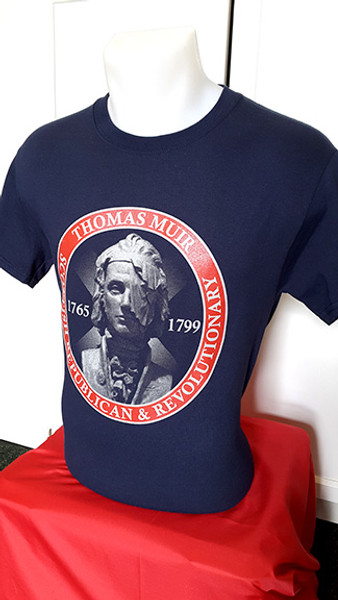 A new design to complement our badge and celebrate the life of Thomas Muir, Scottish Republican & Revolutionary in this the 250th anniversary of his birth. Released in time for the first anniversary of the referendum vote.

Recognised as the Father of Scottish Democracy, member of both the United Scotsmen and United Irishmen.

This is a navy blue t-shirt with a two colour screen printed image in red and silver.

Long Live The Heroes of The International Brigades t-shirt