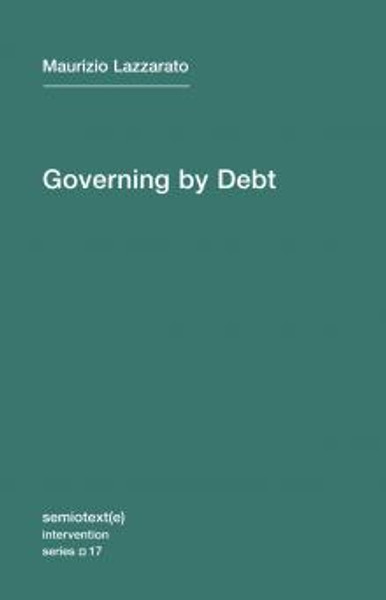 Experts, pundits, and politicians agree: public debt is hindering growth and increasing unemployment. Governments must reduce debt at all cost if they want to restore confidence and get back on a path to prosperity. Maurizio Lazzarato’s diagnosis, however, is completely different: under capitalism, debt is not primarily a question of budget and economic concerns but a political relation of subjection and enslavement. Debt has become infinite and unpayable. It disciplines populations, calls for structural reforms, justifies authoritarian crackdowns, and even legitimizes the suspension of democracy in favor of “technocratic governments” beholden to the interests of capital. The 2008 economic crisis only accelerated the establishment of a “new State capitalism,” which has carried out a massive confiscation of societies’ wealth through taxes. And who benefits? Finance capital. In a calamitous return to the situation before the two world wars, the entire process of accumulation is now governed by finance, which has absorbed sectors it once ignored, like higher education, and today is often identified with life itself. Faced with the current catastrophe and the disaster to come, Lazzarato contends, we must overcome capitalist valorization and reappropriate our existence, knowledge, and technology.

In Governing by Debt, Lazzarato confronts a wide range of thinkers—from Félix Guattari and Michel Foucault to David Graeber and Carl Schmitt—and draws on examples from the United States and Europe to argue that it is time that we unite in a collective refusal of this most dire status quo.

The Poor Had No Lawyers: Who Owns Scotland and How They Got it