Private Island: Why Britain Now Belongs to Someone Else 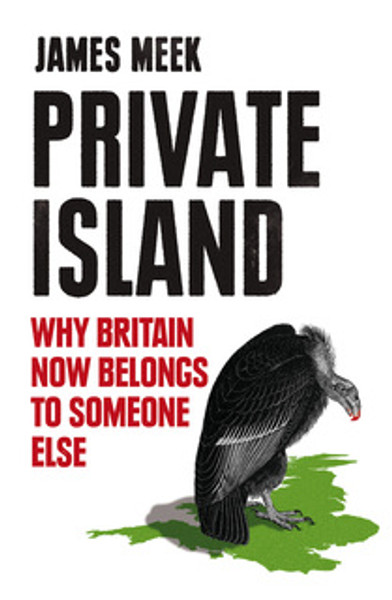 Private Island: Why Britain Now Belongs to Someone Else

How the British government packaged and sold its people to the world
“The essential public good that Margaret Thatcher, Tony Blair and now Cameron sell is not power stations, or trains, or hospitals. It’s the public itself. it’s us.”

In a little over a generation the bones and sinews of the British economy – rail, energy, water, postal services, municipal housing – have been sold to remote, unaccountable private owners, often from overseas. In a series of brilliant portraits the award-winning novelist and journalist James Meek shows how Britain’s common wealth became private, and the impact it has had on us all: from the growing shortage of housing to spiralling energy bills.

Meek explores the human stories behind the incremental privatization of the nation over the last three decades. He shows how, as our national assets are sold, ordinary citizens are handed over to private tax-gatherers, and the greatest burden of taxes shifts to the poorest. In the end, it is not only public enterprises that have become private property, but we ourselves.

Urgent, powerfully written and deeply moving, this is a passionate anatomy of the state of the nation: of what we have lost and what losing it cost us – the rent we must pay to exist on this private island.