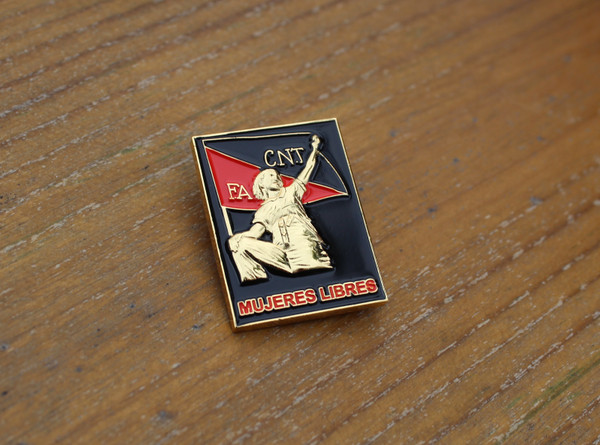 Mujeres Libres (Free Women) were a group of women anarchists who organised and fought both for women's liberation and an anarchist revolution during the Spanish Civil War. The work they did is truly inspirational. Their example shows how the struggle against women's oppression and against capitalism can be combined in one fight for freedom.
As anarchists they rejected any relegation of women to a secondary position within the libertarian movement. In the 1930's feminism had a narrower meaning than it does now, and they rejected it as a theory which fought for 'equality of women within an existing system of privileges'. They argued "We are not, and were not then feminists. We were not fighting against men. We did not want to substitute a feminist hierarchy for a masculine one. It's necessary to work, to struggle, together because if we don't we'll never have a social revolution. But we needed our own organisation to struggle for ourselves".