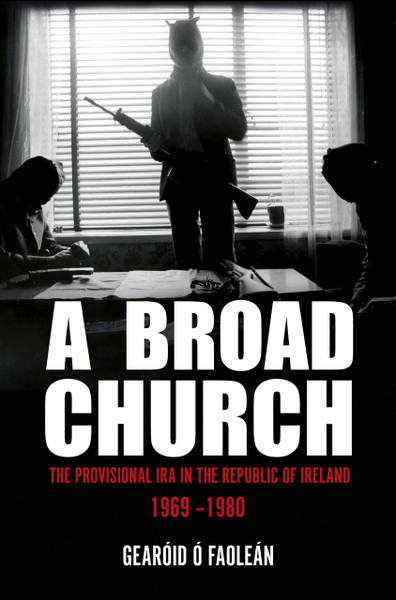 During its three-decade military campaign against British rule in Northern Ireland, the Provisional IRA used the Republic of Ireland as a base for training, supply, financing and support. This groundbreaking book is the first to detail just how integral the Republic was to the voracity of the Provisional IRA’s campaign at every level. The amount of sympathy and support in Irish society for militant republicanism demonstrates that the longevity of the ‘Troubles’ was due in large part to such widespread tolerance and aid.

In the early years of its campaign, active support for the Provisional IRA came from men and women from the entire spectrum of the Irish political scene, as former IRA volunteers attest to in interviews and previously unpublished accounts of training camps in the Republic. Juried courts for IRA suspects were phased out, as republicans were acquitted in cases of blatant IRA activity. Juries occasionally celebrated with or openly congratulated the defendants. In discussions with the British Government, Taoiseach Jack Lynch even named judges who were deemed sympathetic to the IRA.

The degree of activity, training, financing, armed robberies, demonstrations and goodwill for the IRA in the Republic is rarely, if ever, acknowledged in Irish mainstream media or the education curriculum. A Broad Church: The Provisional IRA in the Republic of Ireland, 1969–1980will dramatically change that view forever.

Gearóid Ó Faoleán was awarded a PhD in Modern Irish History from the University of Limerick in 2014 and currently works in scholarly publishing in London. He is a member of the Oral History Network of Ireland and The Irish Association of Professional Historians.

Out of the Ashes - Provisionals enamel badge (18mm)