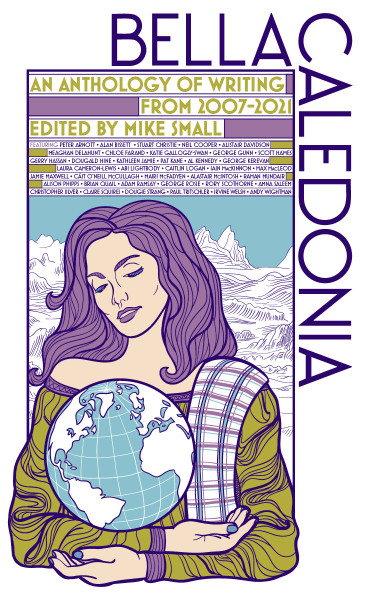 In October 2007, writers Mike Small and Kevin Williamson launched Bella Caledonia at the Radical Book Fair in Edinburgh. Since then, Bella has consistently explored ideas of self-determination and offered Scotland's most robust political commentary. In the run up to Scottish independence referendum, international interest grew and Bella Caledonia had more than 500,000 unique users a month, with a peak of one million in August - in 2015, the site was named as one of the top 10 political blogs in the UK by Cision.

This anthology, curated by Mike Small, is a flavour of Bella's output over these 14 years the editor's pick. Bella is aligned to no political party and sees herself as the bastard child of parent publications too good for this world; from Calgacus to Red Herring, from Harpies & Quines to the Black Dwarf. Under Mike's editorship, Bella has developed a 'Fifth Estate' as a way of disrupting the passive relationship of old media, creating something more active and appropriate for the 21st century - it's about concentration of ownership, and bringing together radical coverage with cultural analysis.

Hence the plethora of wide-ranging voices in this anthology, each representing outlier viewpoints in contemporary society - novelists, poets, bloggers and journalists publishing in non-mainstream media outlets, and the social media. "Bella Caledonia has been a flagship for progressive thought in Scotland, providing a platform for informed and creative writing, advocating a progressive and independent nation fit for the future." Stuart Cosgrove

"Bella has been to be a constant thorn in the side of the powerful voices who would prefer that conventional wisdom went unchallenged, that awkward questions went unasked, and bold solutions went unheard." Peter Geoehgan