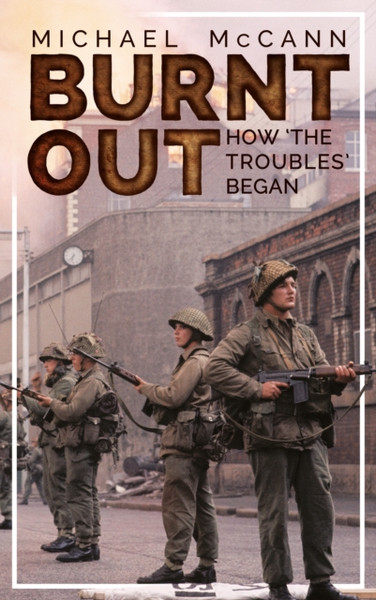 On 14 August 1969, at the age of 14, Michael McCann and his family fled their home. Life changed totally for the McCanns and the entire nationalist community. Thousands of innocent people vacated their homes, driven out by the initial pogrom and then by the ongoing campaign of expulsion by loyalist violence and intimidation.

The British army occupation and the continuing violence utterly devastated communities on a monumental scale. Burnt Out: How the Troubles Began, shows how the truth became one of the first casualties of the horrific events of August 1969. It examines the prominent role of state forces and the unionist government in the violence that erupted in Derry and Belfast and assesses how and why the violence began and generated three decades of subsequent brutality.

Against a mountain of contrary evidence, many still choose to blame the violence on the commemoration of the Easter Rising in 1966 and the efforts of the nationalist community to defend themselves on two hellish August nights in the late summer of 1969. Burnt Out: How the Troubles Began, is essential reading for anybody interested in the outbreak and causes of `the Troubles'.