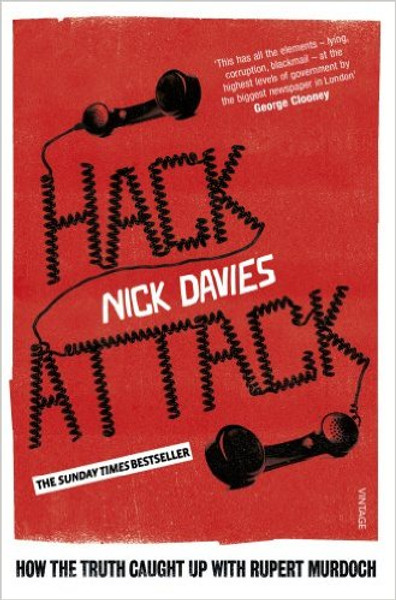 Award-winning journalist Nick Davies spent more than six years uncovering the truth about the crimes at the News of the World. Hack Attack is the definitive, inside story of the whole scandal.

This book tells for the first time how Davies and a network of rebel lawyers, MPs and celebrities worked tirelessly to expose the facts: how they challenged Rupert Murdoch, one of the most powerful men in the world; what News International did to protect itself; how the police and the press regulator failed to uncover the truth, and challenged those who were trying to expose it.

Drawing on dozens of exclusive interviews with private investigators, journalists, politicians, police officers and Murdoch executives, Hack Attack blows the lid off the world of Fleet Street, Scotland Yard and Downing Street. It discloses in detail the full extent of the bullying, cheating and law-breaking in the newsroom of the News of the World, under Rebekah Brooks and Andy Coulson amongst others, and reconstructs the history of failure and official secrecy inside police ranks. It goes inside the corridors of power, to reveal how Murdoch’s executives and journalists pressured ministers and officials for favours for themselves and their proprietor, and uncovers the chaos inside Murdoch’s empire as the scandal reached its climax and rival factions succumbed to in-fighting and panic. It is also a thrilling account of an investigative journalist’s journey, showing us exactly how the quest unfolded, and is a shining example of the might of good journalism.

Hack Attack is the story of what happened when truth caught up with power. Ambitious, comprehensive, gripping, essential - there will be no other book like it.

How To Be an Antiracist