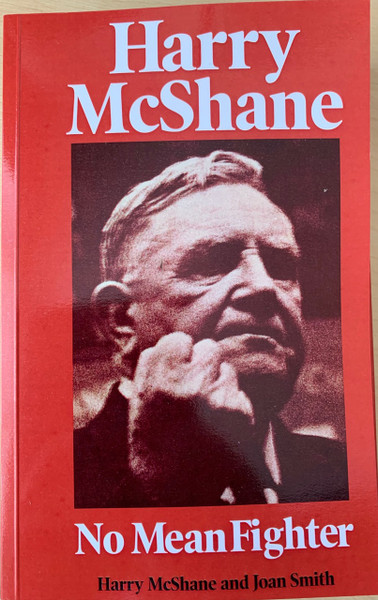 Long out of print this edition of Harry McShane No Mean Fighter has been brought back into print after 40 years by Tramp Trust Unlimited.

Harry McShane's life is the story of Red Clyde itself. He served his political apprenticeship in the anti-war struggles of 1914-18, and became a leader with a national reputation in the unemployed workers' movement and hunger marches of the twenties and thirties. Harry McShane survived the post-war years of political apathy to participate - in his eighties - in its resurgence today.

Harry McShane told the story of his life and times to Joan Smith over a period of three years. He remembers his school days in Glasgow, his time as an engineering apprentice, his friends and comrades John MacLean and Wal Hannington, his entry into the Communist Party and his break with it. He gives an uninhibited view of the giants of the labour movement - Gallacher, McGovern, Wheatley, Maxton and many others.

No Pasaran (They Shall Not Pass) Hoody