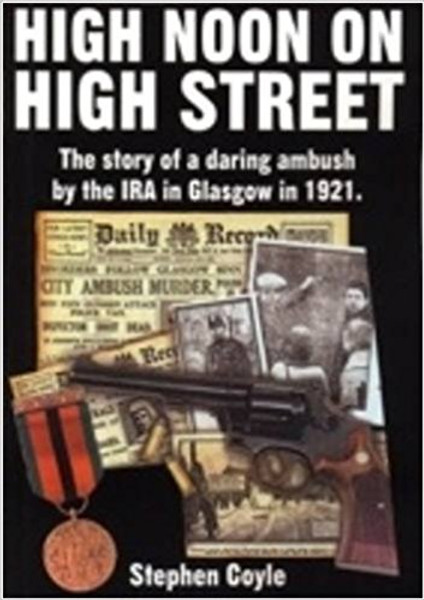 This is the first complete account of the dramatic attempt by the Irish Republican Army to rescue their comrade Brigadier Frank Carty from a prison van as he was being conveyed to Duke Street Prison in Glasgow on 4th May 1921. In the gunfight, Inspector Johnston was killed and his colleague Detective Sergeant Stirton of Glasgow police was seriously wounded. The wave of arrests that followed the failed rescue bid included that of a Catholic priest, Father Patrick MacRory and resulted in rioting on the streets of Glasgow and the army being called in.

Well researched and very readable, this sympathetic account of the rescue attempt is set firmly in the context of the Anglo Irish War which was then at its height. It sheds light on a badly neglected aspect of Irish and Scottish history and is told with drama, pathos and politics in equal measure.