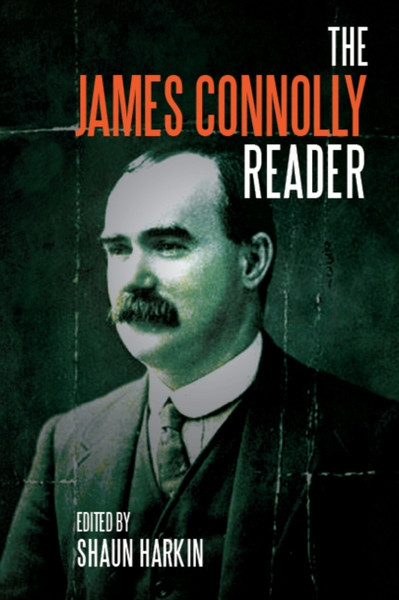 A stirring collection of James Connolly's most important speeches and writing.

James Connolly served in the British Army for seven years but would go on to lead the 1916 Irish Rising against British rule in Dublin. Following service he joined the socialist movement in Scotland. He founded the Irish Socialist Republican Party and pioneered the application of Marxist ideas to Irish questions. His goal was a socialist Workers' Republic. In the United States Connolly joined the IWW in 1905 and campaigned across the country with the Socialist Party for Eugene Debs for President. In 1916 he believed Europe was ripe for revolution and hoped an Irish insurrection could act as a spark. He was correct and for this he was executed by the British government but his spirit has never been buried. Connolly led working class struggles and theorised them. He is one of the most fascinating leaders the socialist movement has ever produced.  Despite great tragedies he remained a committed revolutionary. His life and ideas are essential for understanding Irish history and the global struggle for human liberation.

The James Connolly Reader contains his most important articles, pamphlets and books. An extensive introduction contextualises Connolly for anyone interested in Irish history, struggles for self-determination and the global socialist movement. Connolly was a leading participant at the epicenter of events shaping the course of modern Ireland. Those events and Connolly's practical and theoretical contribution are critically relevant. He insisted and action on the belief the world could and must be turned upside down in pursuit of human liberation. Another Ireland, another world was possible and Connolly was determined to see it born.