Lincoln and the Irish : The Untold Story of How the Irish Helped Abraham Lincoln Save the Union 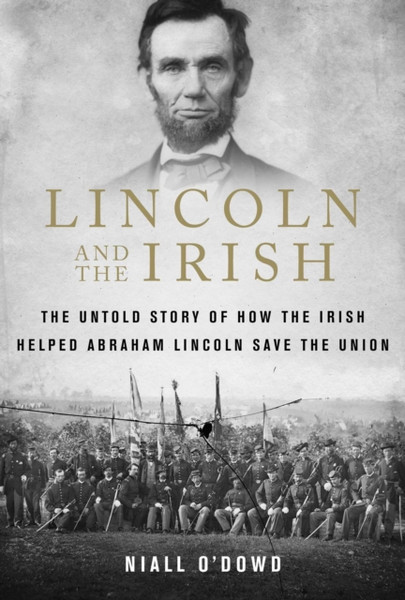 Lincoln and the Irish : The Untold Story of How the Irish Helped Abraham Lincoln Save the Union

From the founder of IrishCentral, a fascinating piece of Civil War history: Lincoln's relationship with the immigrants arriving in America to escape the Irish famine. "If you're a Lincoln fan like me, you'll love this book." -Liam Neeson

When Pickett charged at Gettysburg, it was the all-Irish Pennsylvania 69th who held fast while the surrounding regiments broke and ran. And it was Abraham Lincoln who, a year earlier at Malvern Hill, picked up a corner of one of the Irish colors, kissed it, and said, "God bless the Irish flag." Renowned Irish-American journalist Niall O'Dowd gives unprecedented insight into a relationship that began with mutual disdain.

Lincoln saw the Irish as instinctive supporters of the Democratic opposition, while the Irish saw the English landlord class in Lincoln's Republicans. But that dynamic would evolve, and the Lincoln whose first political actions included intimidating Irish voters at the polls would eventually hire Irish nannies and donate to the Irish famine fund. When he was voted into the White House, Lincoln surrounded himself with Irish staff, much to the chagrin of a senior aide who complained about the Hibernian cabal.

And the Irish would repay Lincoln's faith-their numbers and courage would help swing the Civil War in his favor, and among them would be some of his best generals and staunchest advocates.

Work Won't Love You Back : How Devotion to Our Jobs Keeps Us Exploited, Exhausted and Alone