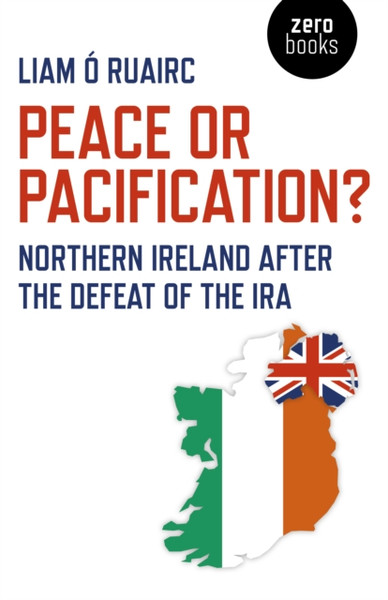 Northern Ireland after the defeat of the IRA. A critical analysis of the Irish peace process.

Often the so-called 'Irish question' is reduced to one of ancestral hatreds, but this timely book following the revenant tensions borne out of Brexit negotiations grounds its study in the context of colonialism, anti-imperialism and liberation struggles. This study demonstrates that 'peace' might not be found in 'justice', and argues instead of a 'peace process' for a 'pacification process'.

Liam Ó Ruairc has a background in philosophy and he attended Queen's University Belfast to study Irish politics. He is a member of the editorial board of Fourthwrite and of The Blanket: A Journal of Pro-test and Dissent which provided influential criticisms of the Irish 'peace process' as well as what has been called "a republican digital counter culture". His work has appeared in Fortnight magazine, History Ireland and Radical Philosophy as well as in many radical publications.

Liam Ó Ruairc has written an important, revelatory analysis of the peace process in Northern Ireland which I am confident will take its place among the best books written about this consequential period in Anglo-Irish history. His underlying thesis is that what has happened in the near thirty years or so since the IRA recognized the southern state and embarked on a journey to constitutionalism is less a peace process and more a pacification process in which the republicans and the British co-operated to drain and enfeeble the vital ideological juices which had sustained resistance to partition for so long. The war in Ireland began with republicans and their allies abroad viewing the NI situation as a relic of British colonialism and ended with the militants accepting that it was really just a struggle over cultural identity; in the process republicans have been drained of their radicalism and now subscribe entirely to the neo-liberalism panacea. It is impossible to read this book and not wonder at the scale of the British triumph. The companion to this book, explaining how British intelligence so completely overwhelmed the IRA, has yet to be written. Until then Ó Ruaircs fine work will do very nicely. --Ed Moloney, former Northern Ireland editor for The Irish Times and The Sunday Tribune, author of: A Secret History of the IRA