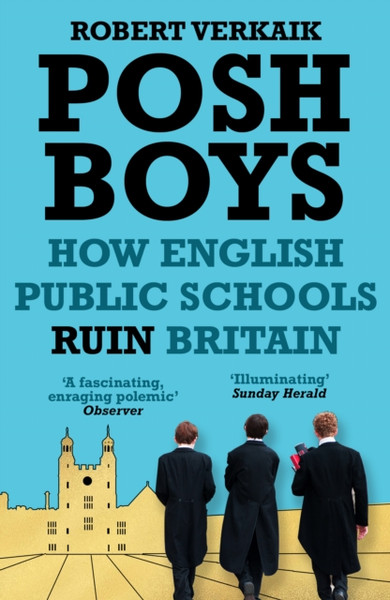 'The latest in the series of powerful books on the divisions in modern Britain, and will take its place on many bookshelves beside Reni Eddo-Lodge's Why I'm No Longer Talking to White People About Race and Owen Jones's Chavs.'-Andrew Marr, Sunday Times'In his fascinating, enraging polemic, Verkaik touches on one of the strangest aspects of the elite schools and their product's domination of public life for two and a half centuries: the acquiescence of everyone else.'-ObserverIn Britain today, the government, judiciary and military are all led by an elite who attended private school. Under their watch, our society has become increasingly divided and the gap between rich and poor is now greater than ever before. Is this the country we want to live in?If we care about inequality, we have to talk about public schools.

Robert Verkaik issues a searing indictment of the system originally intended to educate the most underprivileged Britons, and outlines how, through meaningful reform, we can finally make society fairer for all.