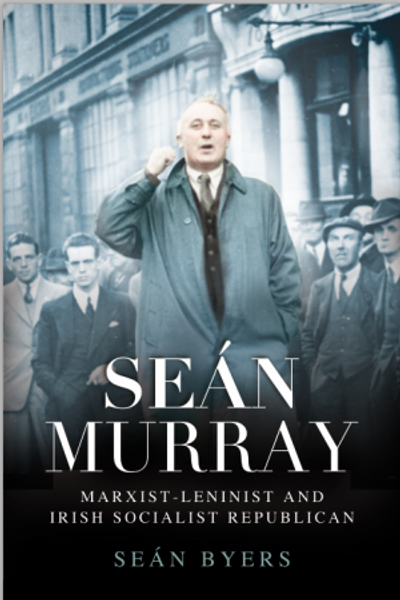 This new biography explores the history of Irish communism and socialist republicanism between 1916 and 1962 through the life of Seán Murray. Murray left a significant imprint on Irish leftist politics through his work as an activist, prolific writer, propagandist and theorist. This book uses newly-discovered archives relating to the Irish socialist and left republican movements, including letters from International Brigadiers during the Spanish Civil War.

In this ground-breaking book Seán Byers documents the life and political career of Seán Murray, an unremarkable rural, northern Catholic who went on to become general secretary of the Communist Party of Ireland and one of the most prominent left-wing thinkers of his era. An Irish War of Independence volunteer, anti-Treaty republican and graduate of the International Lenin School in Moscow, Murray rooted himself in the key Irish labour, republican and international struggles of his time. Based on previously unseen archival sources, Seán Byers explores Murray s IRA activities during the Irish revolutionary period; his significant contribution to the 1932 outdoor relief strike and the short-lived republican Congress initiative; and his crucial role in organising the Irish contingent of the International Brigade who fought with the Republicans in the Spanish Civil War. Shining a spotlight on Murray's close personal and political relationships with Peadar O Donnell, Frank Ryan, Jim Larkin junior, Hanna Sheehy Skeffington, Betty Sinclair and many others, Byers uses this biography as a nexus for examining cross-pollination between the Irish socialist and left republican movements throughout the period in question. In 'Seán Murray: Marxist-Leninist and Irish Socialist Republican', Seán Byers reveals the extraordinary story of how in the face of adversity the coercive measures of the Unionist state and red scare tactics of Catholic Ireland Murray left a significant imprint on Irish leftist politics through his work as an activist and organiser, a prolific writer, propagandist and theorist.