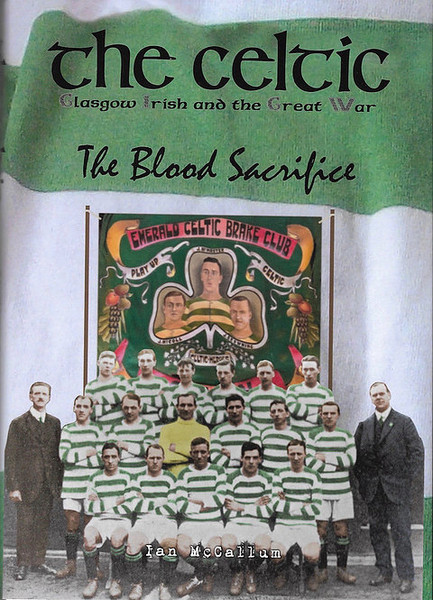 Central to the narrative of The Blood Sacrifice is the Celtic football team's performance on the field of play and the club's reactions to the political, military and footballing events as they unfolded over the course of 1916/1917 football season. Every game played by Celtic in that season is recorded in detail.

The Blood Sacrifice is set within the context of the Glasgow Irish community's long-held support for the constitutional nationalism of the Irish Parliamentary Party and their ongoing support for the British war effort, despite the heavy toll inflicted on Irish and Glasgow Irish manhood in the bloody fights of 1915 and 1916. It also highlights the heroics of Glasgow Irishmen and Irishmen as they found themselves fighting and dying on foreign fields.

The reaction of the Glasgow Irish community to the Easter Rebellion and its aftermath are examined, as is the deployment of the volunteer Irish regiments to the war fronts. The coming of Sinn Fein as a political force in Ireland and the decline of the Irish Parliamentary Party are explained.

The effect of the war on the Home Front is looked at including the consequences of national conscription, increasing food shortages and the government's assault on hard-won worker's rights, including the dilution of job skills. The arrival of women as a major force in the workforce is examined, as is the involvement of Glasgow Irish political leaders in local and national issues.