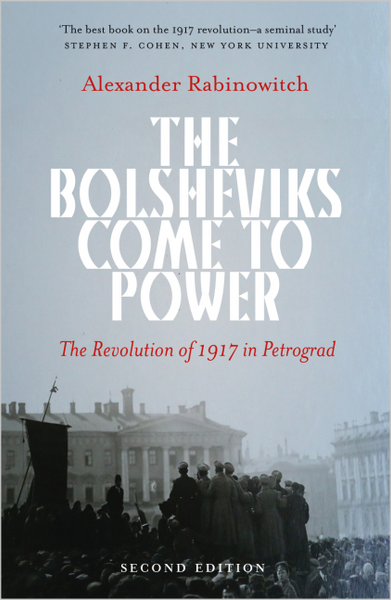 The Bolsheviks Come to Power is one of the most important histories of the Russian Revolution to challenge the mainstream narratives. Originally published to great acclaim in 2004, this new edition marks the 100th anniversary of one of the explosive and game-changing moments in modern times.

In this absorbing narrative, Alexander Rabinowitch counters the claims by mainstream historians that the revolution was a military coup led by Lenin and a small band of fanatics. He refutes the Soviet myth that the party's triumph in the October Revolution was inevitable, and explains the ebbs and flows of the revolutionary period, tracing the moods of the working class and the political positions of the Bolsheviks at different historical moments, including the immediate aftermath of the February Revolution, the July Days, the Kornilov affair, and up to and including the October Revolution itself.

Drawn from a wealth of primary sources and archival material, this new edition of Rabinowitch's classic account is a must-have for anyone interested in clearing away the tired platitudes of mainstream historians, and reclaiming the revolution on this important anniversary.