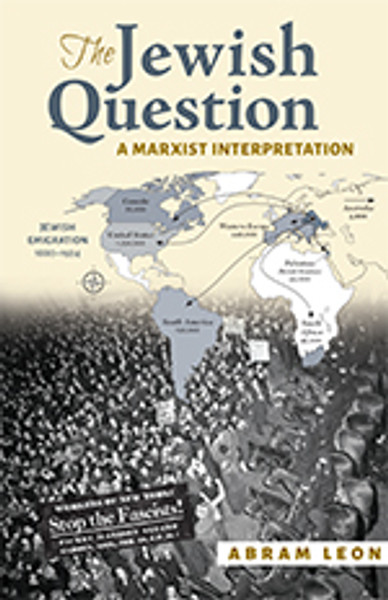 During the opening years of the 21st century, anti-Semitic venom and incidents of violent assault on Jews have begun spreading. They are not a historical aberration. They are fueled by today’s capitalist crises and fracturing of the post–World War II imperialist “order,” described in recent decades as “globalization.”

At every turning point in history—from antiquity through feudalism, to capitalism’s rise and the imperialist death throes of the past century—Jews have been targets of persecution. Including the genocide cold-bloodedly touted by Hitler as the “Final Solution.”

Why is Jew-hatred still raising its ugly head? What are its class roots? Why is there “no solution to the Jewish question under capitalism, just as there is no solution to other problems before humanity,” without revolutionary struggles that transform us as we fight to transform our world?

Abram Leon was killed in October 1944, at age 26, in the Nazi gas chambers at Auschwitz. He left us this book to help answer those questions.

“Leon’s approach is that of the orthodox Marxist . . . His analysis . . . is refreshingly lucid and sensible, and it offers us the opportunity to examine a solid statement of the materialistic interpretation of the Jewish question.” –Commentary