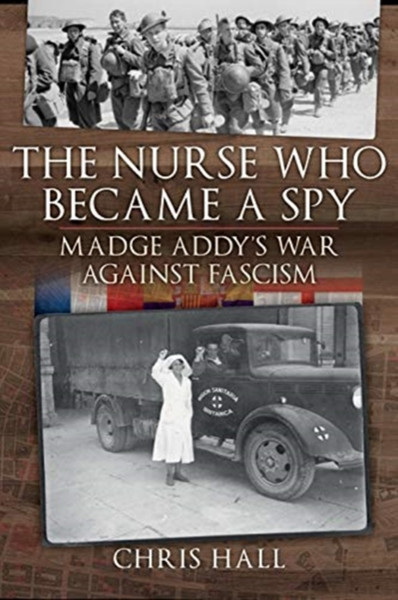 The life story of Madge Addy, a working-class Manchester woman who volunteered to fight Fascism and Nazism in two major wars, is a truly remarkable one. Madge left her job and her husband to serve in the Spanish Civil War as a nurse with the Republican medical services. In Spain she was wounded in a bombing raid, fell in love with another foreign volunteer who became her second husband, was made a Prisoner of War and was the last British nurse to leave Spain, witnessing the horrors of Franco's Fascist regime before she left.

She was caught up in the 'Fall of France' and lived in Marseille with her Norwegian husband. From 1940 to 1944 Madge was first an amateur resister and later a full-time secret agent, working with the likes of Ian Garrow, Pat O'Leary and Guido Zembsch-Schreve. She also acted as a courier, flying to Lisbon to deliver and receive secret messages from British intelligence.

She also became romantically involved with a Danish secret agent and married him after the war. Madge's wartime achievements were recognised by the British with the award of an OBE and by the French with the award of the Croix de Guerre. Chris Hall brings Madge's story to life using archive material and photographs from Britain, France, Spain and Norway.

Madge's Spanish Civil War experiences are vividly described in a mass of letters she wrote requesting medical aid and describing the harrowing conditions at her wartime hospital. Her activities in the Second World War show a woman with 'nerves of steel' and a bravery at times bordering on recklessness. As she herself said, 'I believe in taking the war into the enemy camp'.