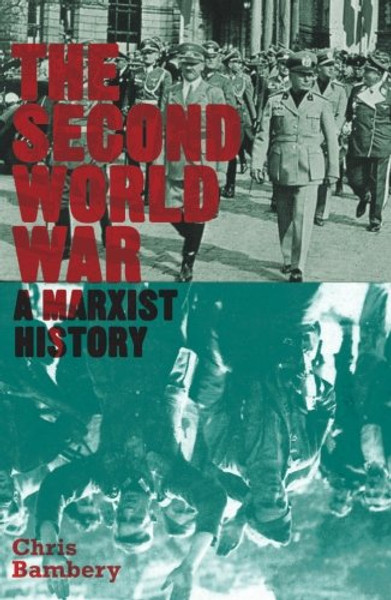 The Second World War casts a long shadow, portrayed as a necessary and paradigmatic war that defeated fascism. During recent wars in Iraq, Afghanistan and elsewhere, US presidents and British prime ministers have tried to claim they were following in the footsteps of Winston Churchill by standing up to dictators.

In The Second World War Chris Bambery tests this position in a thorough account of the war and tries to understand why it still dominates TV history channels and school history books.

Bambery argues that the conflict ultimately was about a division of the world between the great powers, as well as a rising of ordinary people against fascism. He offers a complex and radical analysis, that is unique when compared to many modern and conventional histories of the war.

Chris Bambery is a writer, broadcaster and activist. He is the author of A Rebel's Guide to Gramsci (2006), Ireland’s Permanent Revolution (1986) and editor of Scotland: Class and Nation (1999).