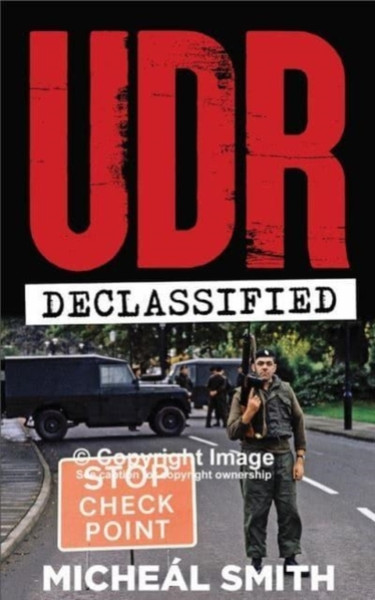 In UDR: Declassified, Micheál Smith reveals what the British establishment, the British government and its armed forces knew and had to say about the controversial regiment in recently declassified files.

From its formation in 1970 as a locally raised militia, the Ulster Defence Regiment developed into the largest regiment in the British army. For unionists, service in the UDR was a noble act and often a family tradition; for nationalists, an encounter with the UDR was frequently hostile, often brutal, and sometimes fatal. To the British army, they were ‘a dangerous species of ally’, a classic militia regiment that played its part in the British Empire’s long tradition of using such forces. It was viewed as ‘a safety valve’ for the tempers of loyalist extremism, and also served as the main source of training, weaponry and intelligence for loyalists throughout the conflict.

UDR: Declassified is an evidence-based exposé of the UDR using declassified files from 10 Downing Street, the MoD and the NIO. The denial of access to history is a part of continuing efforts by the British state to obscure its colonial past. This book is a testimony to the value of defying such efforts and uncovering the truths behind our traumatic past.

Micheál Smith was born in Dublin and studied at UCD before embarking on a career as a diplomat with Ireland’s Department of Foreign Affairs and Trade. He worked as Irish government observer and a liaison for the families at the Bloody Sunday Inquiry in Derry and London. Micheál moved to Belfast where he retrained as a mental health and disability advocate. Eventually he came to work with the Pat Finucane Centre as an advocate, where he works with victims, survivors, and families bereaved as a result of the conflict on the island of Ireland. He is author, for the Pat Finucane Centre, of The Impact of the Parachute Regiment in Belfast 1970-73.