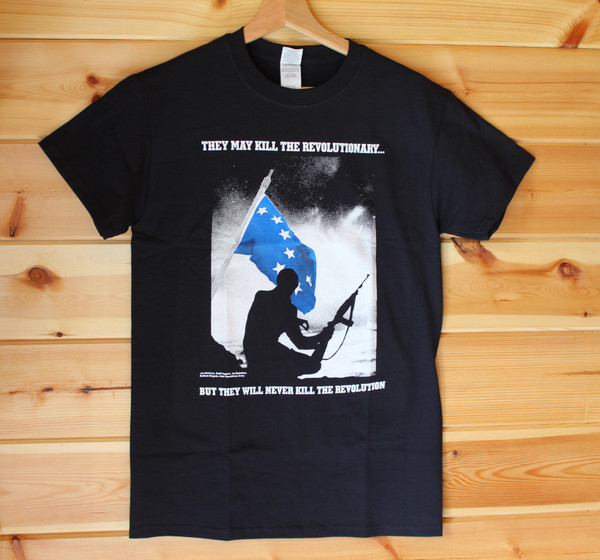 Socialist Productions are pleased to be able to offer, one of the iconic images of the 1970's liberation struggle in the north of Ireland. This is a reproduction of a picture of Staff Captain, Joe McCann on the night of 9 August 1971 when his IRA unit took over the Inglis bakery in the Markets area of Belfast and fortified it after the introduction of internment without trial by the Northern Ireland authorities. They defended it throughout the night from an incursion by 600 British soldiers, looking to arrest paramilitary suspects. The action allowed other IRA members to slip out of the area and avoid arrest. He was photographed during the incident, holding an M1 carbine, against the background of a burning building and the Starry Plough flag; one of the most striking early images of The Troubles.

You can find out more about Joe from this website set up in his memoryhttp://bigjoemccann.com/