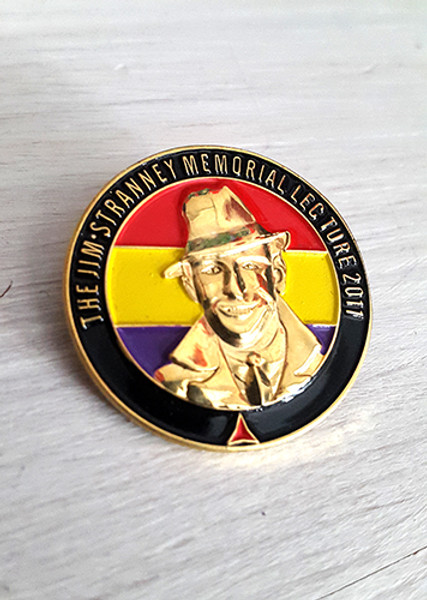 This was a limited edition badge/pin produced for the Jim Stranney Memorial lecture held in Belfast on 26th February 2011.

Badges has the Spanish Republican flag colours with 3D image of Jim Stranney's face and small International Brigade red star logo and the text 'The Jim Stranney Memorial Lecture 2011'.
Badge has brooch fixing and is 30 mm in size.

Check out the words of Christy Moore's Viva La Quinte Brigada, which mentions Jim Stranney from the Falls..

The Belfast International Brigade Committee published the following information below: