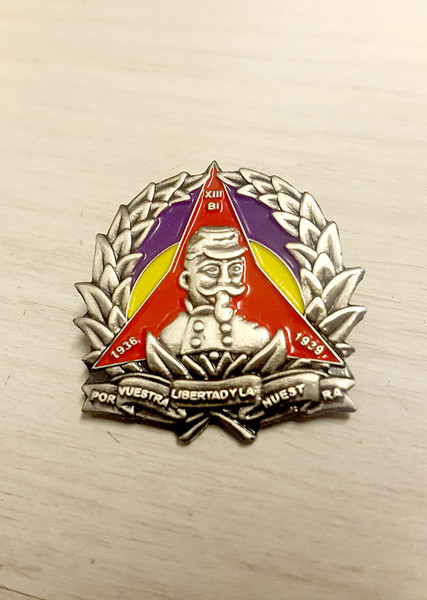 The 13th International Brigade - often known as the XIII Dabrowski Brigade - which fought for the Spanish Second Republic in the Spanish Civil War in the International Brigades. The custom was to name Brigades on formation after inspirational "heroes of the Left". The 13th Brigade was named after Jarosław Dąbrowski, a Polish general who - famously - died on foreign soil, fighting in the defence of the Paris Commune in 1871.