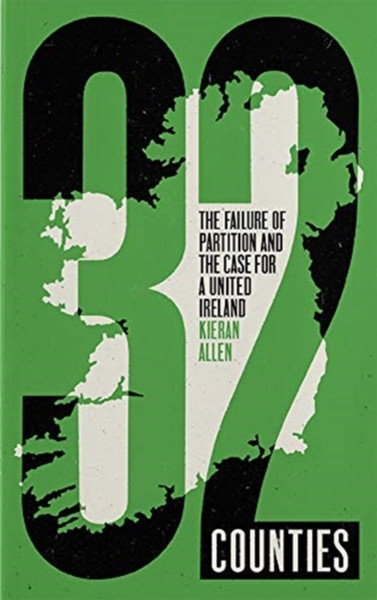 The 32 counties of Ireland were divided through imperial terror and gerrymandering. Partition was borne from a Tory strategy to defend the British Empire and has spawned a 'carnival of reaction' in Irish politics ever since. Over the last 100 years, conservative forces have dominated both states offering religious identity as a diversion from economic failures and inequality.

Through a sharp analysis of the history of partition, Kieran Allen rejects the view that the 'two cultures' of Catholic and Protestant communities lock people into permanent antagonism. Instead, the sectarian states have kept its citizens divided through political and economic measures like austerity, competition for reduced services and low wages. Overturning conventional narratives, 32 Counties evokes the tradition of James Connelly and calls for an Irish unity movement from below to unite the North and the Republic into a secular, socialist and united Ireland.