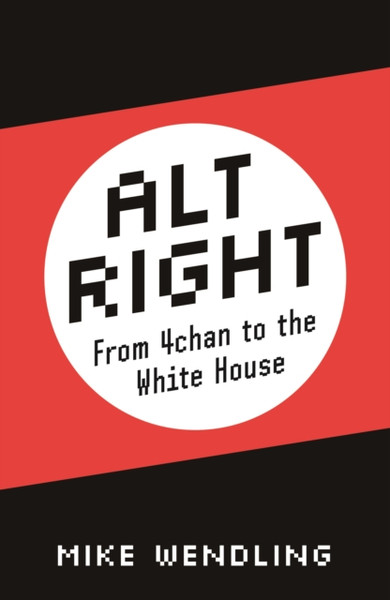 'An urgently needed dose of clarity for anyone hoping to understand the twists and turns of far right politics beyond the Khakis and Tiki torches' -- Mark Bray, historian and author of Antifa: The Anti-Fascist Handbook

Mike Wendling is a reporter and radio journalist. He works within the BBC's Digital Current Affairs department, where he is a blogger and editor at the BBC's experimental social news unit, BBC Trending. In 2010 he revised and produced the BBC radio series America's Own Extremists. He has also presented documentaries for Radio 4 and the BBC World Service on Native Americans and the Black Lives Matter movement.

This book is a vital guide to understanding the Alt-Right - the white nationalist, anti-feminist, far-right movement that rose to prominence during Donald Trump's successful election campaign in the United States. It looks at the support for this reactionary network, arguing that while Trump is in office and the far-right grows across Europe, we need to gain a deeper understanding of the movement's philosophy, history and role in politics today. While the movement appears to have burst out of nowhere, Mike Wendling has been tracking the Alt-Right for years.

He reveals the role of technological utopians, reactionary philosophers, the notorious 4chan and 8chan bulletin boards, and a range of bloggers, vloggers and tweeters, along with the extreme ideas which underpin the movement's thought. Including exclusive interviews with members of the movement and evidence linking extremists with terror attacks and hate crimes, it is clear that despite its high-profile support, the movement's lack of a coherent base and its contradictory tendencies have already started to lead to its downfall.

An Indigenous Peoples' History of the United States - Roxanne Dunbar-Ortiz