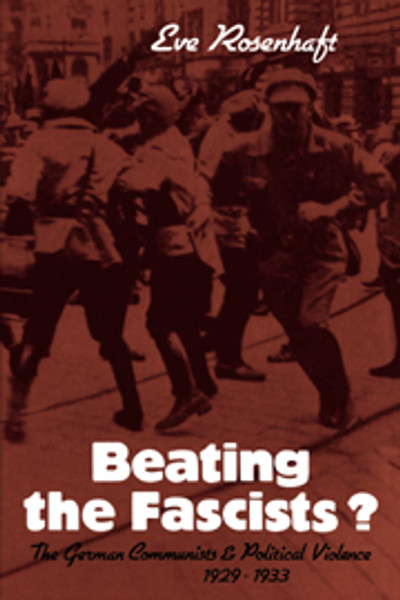 In this book Eve Rosenhaft examines the involvement of Communists in political violence during the years of Hitler's rise to power in Germany (1929–33). Specifically, she aims to account for their participation in `street-fighting' or 'gang-fighting' with National Socialist storm-troopers. The origins of this conflict are examined at two levels. First Dr Rosenhaft analyses the official policy of the Communist Party towards fascism and Nazism, and the special anti-fascist and self-defence organizations which it developed. Among the aspects of Communist policy that are explored are the relation between the international confrontation between Communists and Social Democrats as claimants to lead the left, and the implications of this dispute in German politics; the ideological difficulties in the implementation of Communist policy in a period of economic dislocation; and the organizational problems posed by the fight against fascism. Dr Rosenhaft then explores the attitudes and experience of the Communist rank and file engaged in the struggle against fascism, concentrating on the city of Berlin, where a fierce contest for control of the streets was waged.