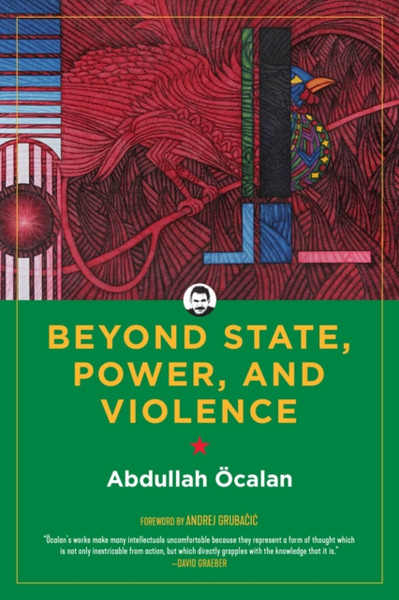 “Öcalan’s works make many intellectuals uncomfortable because they represent a form of thought that is not only inextricable from action, but also directly grapples with the knowledge that it is.”
—David Graeber, author of Debt: The First 5,000 Years

“Öcalan’s writings written in captivity are thus in the tradition of the ideology of the PKK as a left national liberation movement, which also includes the claim to change their own society. However, Öcalan is apparently also one of those whose political thinking was sharpened by the forced abstinence from daily politics and who succeed in further developing their political thinking in captivity.”
—Thomas Schmidinger, author of The Battle for the Mountain of the Kurds: Self-Determination and Ethnic Cleansing in the Afrin Region of Rojava

“Öcalan’s plea to build a strong and complex self-organized civil society without taking direct action against the state is similar to Zapatismo in Chiapas. . . . Finally, Karl Marx’s realization should be remembered: ‘An idea becomes material violence when it seizes the masses.’ And Abdullah Öcalan’s message has seized the masses in Kurdistan.”
—Nikolaus Brauns, historian and journalist, author of Partisanen einer neuen Welt: Eine Geschichte der Linken und Arbeiterbewegung der Türkei

“Where else would you expect to find a world-class political genius than . . . prison? And I don’t use the word ‘genius’ lightly.”
—Peter Lamborn Wilson, author of Ploughing the Clouds and Sacred Drift

“Öcalan is the Gramsci of our time.”
—Tamir Bar-On, author of The World through Soccer and Beyond Soccer