Blossom: What Scotland Needs to Flourish 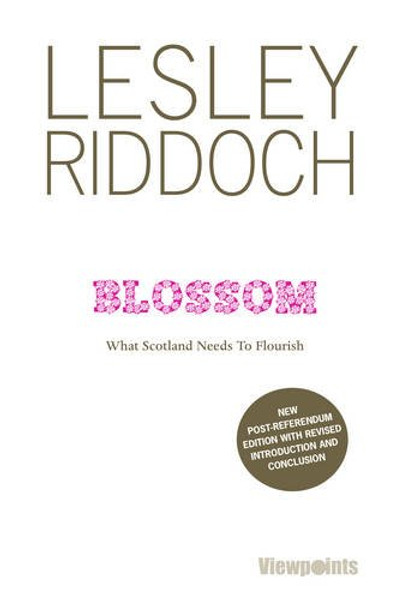 Blossom: What Scotland Needs to Flourish

Blossom is an account of Scotland at the grassroots through the stories of people I ve had the good fortune to know the most stubborn, talented and resilient people on the planet. They ve had to be. Some have transformed their parts of Scotland. Some have tried and failed. But all have something in common they know what it takes for Scotland to blossom. We should too...

Weeding out vital components of Scottish identity from decades of political and social tangle is no mean task, but it s one journalist Lesley Riddoch has undertaken.

Dispensing with the tired, yo-yoing jousts over fiscal commissions, Devo Something and EU in-or-out, Blossom pinpoints both the buds of growth and the blight that s holding Scotland back. Drawing from its people and history as well as the experience of the Nordic countries, and the author s own passionate and outspoken perspective, this is a plain-speaking but incisive call to restore equality and control to local communities and let Scotland flourish.

Since the referendum, bystanders have become organisers, followers have become leaders, politics has become creative, women have become assertive, men have learned to facilitate not dominate. Independent action and self-reliance have helped create a can-do approach shared by almost everyone active in Scotland today.
Scotland s biggest problems haven t changed.
But we have.
LESLEY RIDDOCH

Not so much an intervention in the independence debate as a heartfelt manifesto for a better democracy.
ESTHER BREITENBACH, Scotsman

50 Things About Us : What We Really Need to Know About Britain