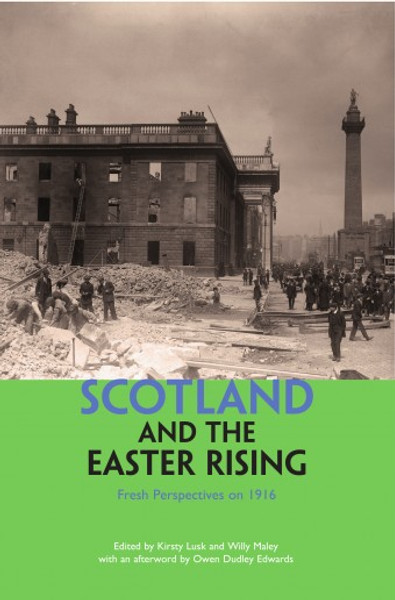 The story of the Rising is still being told, and in these pages the reader will find much to ponder, much to discuss, and much to disagree with. From the Introduction by Kirsty Lusk and Willy Maley

On Easter Monday 1916, leaders of a rebellion against British rule over Ireland proclaimed the establishment of an Irish Republic. Lasting only six days before surrender to the British, this landmark event nevertheless laid the foundations for Ireland’s violent path to Independence. It is little known that James Connolly, one of the rebellion’s leaders, was born in Edinburgh’s Cowgate, at the time nicknamed ‘Little Ireland’, or that another key figure in the events of Easter 1916 was a young woman from Coatbridge, Margaret Skinnider. These and other surprising Scottish connections are explored in Scotland and the Easter Rising, as Kirsty Lusk and Willy Maley gather together a rich grouping of writers, journalists and academics to examine, for the first time, the Scottish dimension to the events of 1916 and its continued resonance in Scotland today.

Featuring a mix of memoir, essays, poetry and fiction this book provides a thought-provoking and necessary negotiation of historical and contemporary Irish-Scottish relations, and explores the Easter Rising’s intersections with other movements, from Women’s Suffrage to the 2014 Scottish Independence Referendum.