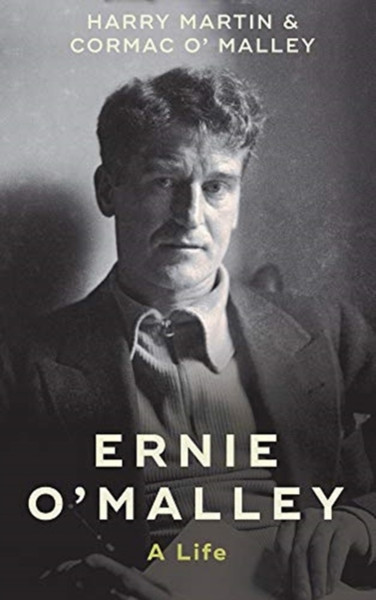 This is the extraordinary life story of Ernie O’Malley (1897-1957), one of Ireland’s most complex and influential Republican figures, and later an acclaimed writer.

Born in Castlebar in 1897, O’Malley became devoted to Ireland’s fight for freedom at an early age. As a twenty-three-year-old IRA Commandant-General, leading 7,000 volunteers in the brutal War of Independence, and later IRA senior commander during the Civil War, he was captured three times, severely tortured, escaped twice, wounded fourteen times and survived a forty-one-day hunger strike.

What distinguishes O’Malley’s story as remarkable is the stark difference between his dramatic life as a soldier and his subsequent bohemian world as an intellectual and renaissance man. After the establishment of the new State, he left Ireland and travelled throughout Europe, America and Mexico, mixing with the likes of Jack B. Yeats, Samuel Beckett and John Ford, and embarked upon a tumultuous marriage to American heiress-sculptor Helen Hooker.

Enriched with valuable unpublished material from his diaries, letters and military dispatches, and the unique perspective of his son Cormac, Ernie O’Malley: A Life is the fascinating biography of an extraordinary Irishman.