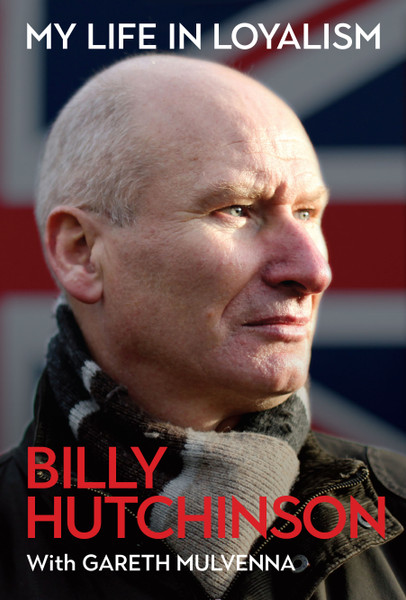 Growing up in the Shankill area of Belfast and living through the sectarian turmoil of the late 1960s, Billy Hutchinson joined the UVF in the early 1970s. In 1974, at the age of just 19, he was sentenced to life in prison, and it was in the cages of Long Kesh that he first came under the influence of loyalist icon Gusty Spence.

Hutchinson spent much of the 1980s as overall Commanding Officer of UVF/Red Hand Commando prisoners, and upon his release, became involved with the recently established Progressive Unionist Party. As an authentic link between the UVF and the PUP, he was at the forefront of negotiations that led to the Belfast Agreement and was the UVF’s point of contact during the weapons decommissioning programme. Written with candour and honesty, this is a lively first-hand account of an extraordinary life and reveals previously hidden episodes of both the Northern Ireland Troubles and the high-profile negotiations that led to the Belfast Agreement of 1998.

ABOUT THE AUTHORS: Billy Hutchinson is the current leader of the Progressive Unionist Party and a Belfast City Councillor for the Court Ward. In the early 1970s Billy was involved in the formation of the Young Citizen Volunteers and was later influential in brokering the loyalist ceasefire of 1994. He was involved in the negotiations which led to the Belfast Agreement on Good Friday 1998 and was nominated by the UVF as their interlocutor with the Independent International Commission on Decommissioning chaired by General John de Chastelain.

Gareth Mulvenna has previously worked as a parliamentary researcher in the Northern Ireland Assembly and has held a Visiting Research fellowship at the School of Politics at Queen’s University Belfast. His first book, Tartan Gangs and Paramilitaries: The Loyalist Backlash was published in 2016.