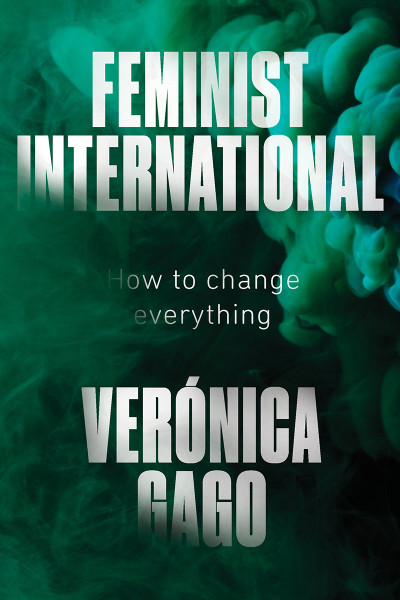 Recent years have seen massive feminist mobilisations in virtually every continent, overturning social mores and repressive legislation. As women filled the streets of Argentina and Madrid, of Italy and Poland, they’ve transformed the meaning of radical politics and the grammar of various struggles.

In this brilliant and kaleidoscopic look at the emerging feminist international, Verónica Gago uses the women’s strike as both a concept and a collective experience. At once a gripping political analysis and a theoretically charged manifesto, Feminist International draws on the author’s rich experience with radical movements to enter into ongoing debates in feminist and Marxist theory: from social reproduction and domestic work to the intertwining of financial and gender violence, as well as controversies surrounding the neo-extractivist model of development, the possibilities and limits of left populism, and the ever-vexed nexus of gender-race-class.

Gago’s feminism is a powerful call to abandon the rhetoric of victimisation, and to instead mount a frontal challenge to both neo-liberal rule and the conservative counteroffensive. Feminist International asks what another theory of power might look like, one premised on our desire to change everything.

“Inspired by the internationally coordinated strike for the 8th of March, Gago has given us a book that well captures the revolutionary potential of contemporary feminism—its theories, its organizational forms, its struggles—all examined though the lenses of one of the most radical feminist movements on the American continent. It is a courageous and creative book, an ideal read for political formation; it opens new worlds and calls for action.”

– Silvia Federici, author of Caliban and the Witch

Keywords For Radicals : The Contested Vocabulary of Late Capitalist Struggle