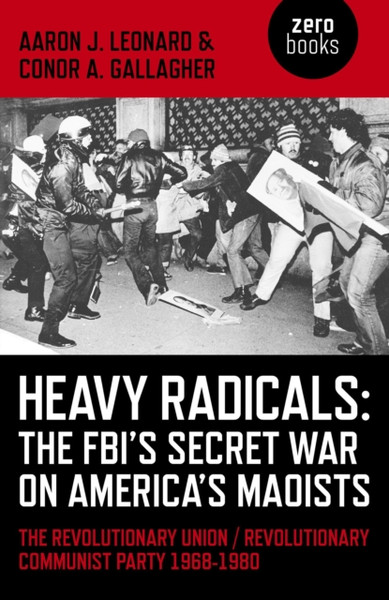 Heavy Radicals: The FBI's Secret War on America's Maoists is a history of the Revolutionary Union/Revolutionary Communist Party - the largest Maoist organization to arise in the US - from its origins in the explosive year of 1968, its expansion into a national organization in the early seventies, its extension into major industry throughout early part of that decade, the devastating schism in the aftermath of the death of Mao Tse-tung, and its ultimate decline as the 1970s turned into the 1980s. From its beginnings the grouping was the focus of J. Edgar Hoover and other top FBI officials for an unrelenting array of operations: Informant penetration, setting organizations against each other, setting up phony communist collectives for infiltration and disruption, planting of phone taps and microphones in apartments, break-ins to steal membership lists, the use of FBI 'friendly journalists' such as Victor Riesel and Ed Montgomery to undermine the group, and much more.

It is the story of a sizable section of the radicalized youth of whose radicalism did not disappear at the end of the sixties, and of the FBI's largest - and up to now, untold - campaign against it.