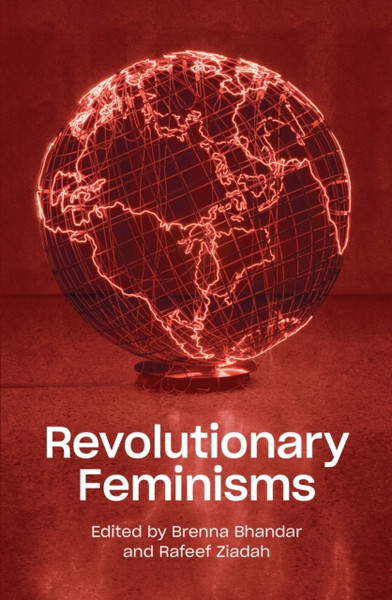 In a moment of rising authoritarianism, climate crisis, and ever more exploitative forms of neoliberal capitalism, there is a compelling and urgent need for radical paradigms of thought and action. Through interviews with key revolutionary scholars, Bhandar and Ziadah present a thorough discussion of how anti-racist, anti-capitalist feminisms are crucial to building effective political coalitions. Collectively, these interviews with leading scholars including Angela Y.

Davis, Silvia Federici, and many others, trace the ways in which black, indigenous, post-colonial and Marxian feminisms have created new ways of seeing, new theoretical frameworks for analysing political problems, and new ways of relating to one another. Focusing on migration, neo-imperial militarism, the state, the prison industrial complex, social reproduction and many other pressing themes, the range of feminisms traversed in this volume show how freedom requires revolutionary transformation in the organisation of the economy, social relations, political structures, and our psychic and symbolic worlds. A unique book, tracing forty years of anti-racist feminist thought.The interviews include Avtar Brah, Gail Lewis and Vron Ware on Diaspora, Migration and Empire.