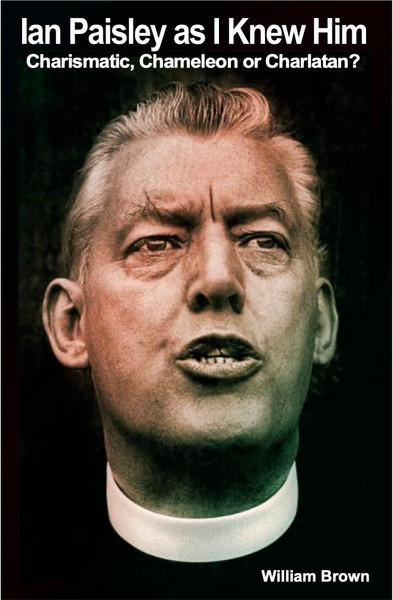 William Brown knew Ian Paisley from an early age. They came from similar fundamentalist-religious backgrounds. But he became disenchanted with Paisley’s extreme religious politics to the point where he saw him as ‘the most dangerous man in Northern Ireland’.

Drawing on his personal relationship with Paisley, Brown presents a compelling picture of a man who became notorious for his audacity, doctrinal antagonism, political ambitions and paramilitary associations. While he led opposition to the Good Friday Agreement, Paisley eventually emerged as the most popular First Minister of the Northern Ireland Executive in 2007. His late reconciliation with republicanism proved his undoing as he was stripped of both Moderatorship of the Free Presbyterian Church and leadership of the Democratic Unionist Party – toppled from the two organisations he founded.

Was Paisley a charismatic, a chameleon or a charlatan? Ultimately Paisley’s overweening ambition to be ‘top man’ – in both the theology and the politics of Northern Ireland – appears the defining characteristic of an extraordinary life.

A brilliant and erudite exposé of Ian Paisley, demonstrating that far from following Christian and Biblical precepts he acted contrary to them… The analysis of his misuse of the Biblical term "apostasy" is convincing.

A real insight into the background, beliefs, attitude and ego of a man who portrayed himself as a humble servant of Christ, yet was a disruptive sectarian who aspired religiously and politically to stay just out of reach of the law. An informative and thoroughly absorbing read.

Why I Write - George Orwell