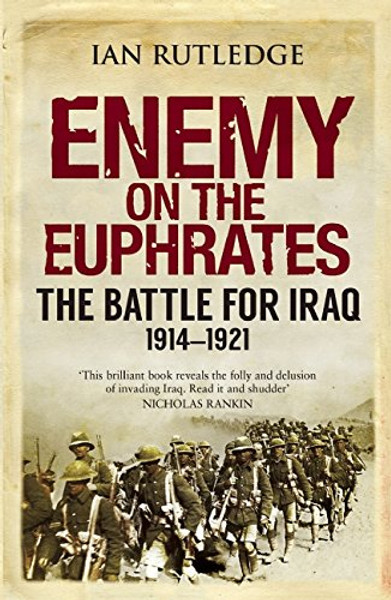 Between July 1920 and February 1921, in the territory known as Mesopotamia - now the modern state of Iraq - an Arab uprising came perilously close to inflicting a shattering defeat upon the British Empire. A huge peasant army surrounded and besieged British garrisons with sand-bagged entrenchments; British columns and armoured trains were ambushed and destroyed; and well-armed British gunboats were sunk or captured. The quest for oil was central to Britain's Middle East policy during the First World War and was one of the principal reasons for its continuing occupation of Iraq. However, with around 131,000 Arabs in arms at one stage of the conflict, the British were very nearly driven out. Only a massive infusion of Indian troops and the widespread use of aircraft prevented a total rout. Enemy on the Euphrates is the definitive account of the first British occupation of Iraq and the revolt against it in 1920. Using a wealth of primary sources, Ian Rutledge brings central players such as Winston Churchill, Arnold Wilson, T.E. Lawrence, Gertrude Bell and Sir Mark Sykes vividly to life in this gripping account.