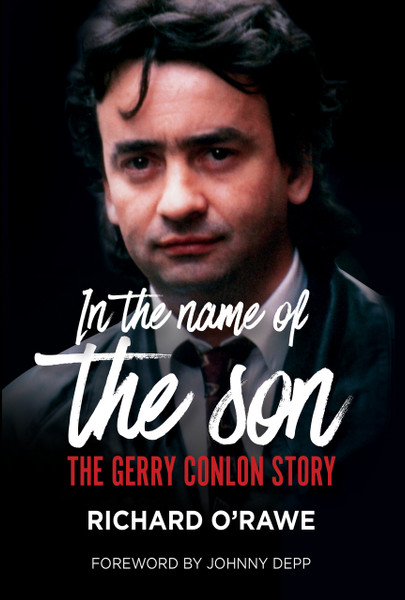 This book is a tour de force … a chronicle of the triumph of the human spirit over extreme adversity. It is a story of hope. It is the story of a man I loved and would have taken a bullet for.
– Johnny Depp

London, 19 October 1989. An electrified young man, with eyes wild and a clenched fist, bursts out of the Old Bailey and declares his innocence to the world. Gerry Conlon has just won his appeal for the 1974 Guildford pub bombing. After fifteen years in prison, freedom beckons. Or does it? Following his release, Conlon received close to one million pounds from government compensation, movie and book deals; he ran in the same circles as Johnny Depp, Daniel Day-Lewis, and Shane MacGowan. Conlon seemed to have it all. Yet within five years he was hooked on crack cocaine and eating out of bins in the backstreets of London. Beyond the elation of his release was the awful descent into addiction, isolation and self-loathing.

But this is a book about the resilience of the human spirit. What emerges from the darkness and the addiction is Gerry Conlon the pacifist; the man who came to be recognised around the world as a campaigner against miscarriages of justice. In the Name of the Son also reveals damning new evidence of statement tampering by the authorities which would’ve cleared Conlon at the initial trial.

Life-long friend, Richard O’Rawe, has written a powerful and candid story of Gerry Conlon’s extraordinary life following his years of brutal incarceration at the hands of the British justice system.

Richard O’Rawe and Gerry Conlon grew up together in Belfast’s Lower Falls area – they were life-long best friends and confidantes. O’Rawe is a former Irish republican prisoner and was a leading figure in the 1981 Hunger Strike in the H Blocks of the Maze prison. He is the author of the best-selling book Blanketmen: An Untold Story of the H-Block Hunger Strike and Afterlives: The Hunger Strike and the Secret Offer that Changed Irish History.