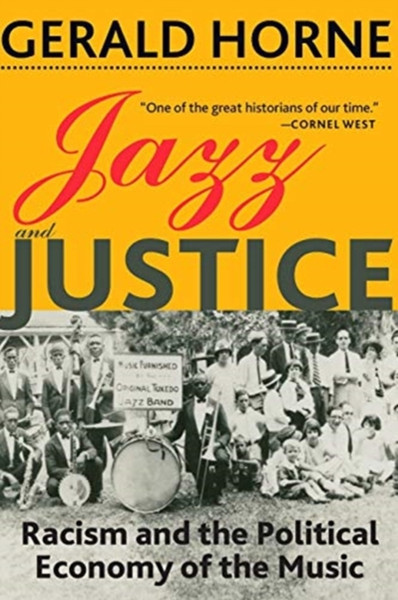 A galvanizing history of how jazz and jazz musicians flourished despite rampant cultural exploitation The music we call "jazz" arose in late nineteenth century North America--most likely in New Orleans--based on the musical traditions of Africans, newly freed from slavery. Grounded in the music known as the "blues," which expressed the pain, sufferings, and hopes of Black folk then pulverized by Jim Crow, this new music entered the world via the instruments that had been abandoned by departing military bands after the Civil War. Jazz and Justice examines the economic, social, and political forces that shaped this music into a phenomenal US--and Black American--contribution to global arts and culture.

Horne assembles a galvanic story depicting what may have been the era's most virulent economic--and racist--exploitation, as jazz musicians battled organized crime, the Ku Klux Klan, and other variously malignant forces dominating the nightclub scene where jazz became known. Horne pays particular attention to women artists, such as pianist Mary Lou Williams and trombonist Melba Liston, and limns the contributions of musicians with Native American roots. This is the story of a beautiful lotus, growing from the filth of the crassest form of human immiseration.

Making A Killing : The Political Economy of Animal Rights

The 1% and the Rest of Us : A Political Economy of Dominant Ownership

Grundrisse : Foundations of the Critique of Political Economy

How the World Works : The Story of Human Labor from Prehistory to the Modern Day

The Punishment Monopoly : Tales of My Ancestors, Dispossession, and the Building of the United States

The Socialist Imperative : From Gotha to Now