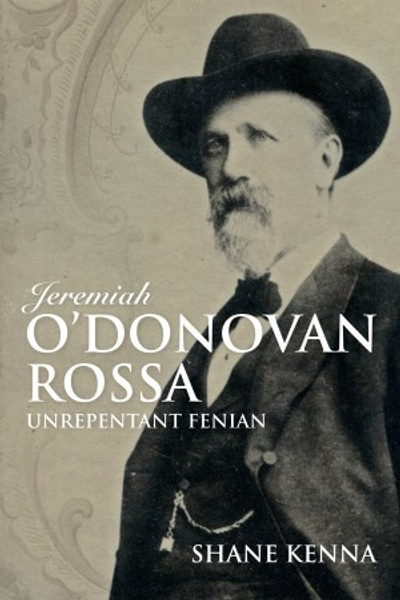 First ever biography of O’Donovan Rossa to mark the centenary of his death and funeral at Glasnevin Cemetery. With rare and previously unpublished photographs, this book features an exclusive fold-out reproduction of Robert Ballagh’s new painting of O’Donovan Rossa’s iconic funeral.

Jeremiah O Donovan Rossa died on 29th June 1915 at Staten Island, New York. On hearing of his death, Tom Clarke sent an urgent telegram from Dublin to John Devoy in New York, with the simple message: Send his body home at once . His funeral in Glasnevin Cemetery on 1st August that year was one of the largest political funerals in Irish history, and is now accepted as the precursor to the Easter Rising. Patrick Pearse famously declared at Rossa s graveside, The fools, the fools, the fools! They have left us our Fenian dead! And while Ireland holds these graves, Ireland unfree shall never be at peace! In this first and long-awaited biography of a hugely significant figure in Irish history, Shane Kenna examines the life of Jeremiah O Donovan Rossa. From modest origins in West Cork, he became passionately interested in national politics from an early age, and was later arrested for his republican activities. He then spent time in the toughest of British prisons, and was actually elected to the British House of Commons while still in prison. Exiled to the United States, he continued his involvement in republican organisations such as Clann Na Gael and set up the United Irishman newspaper. From the United States he organised, funded, and masterminded the Fenian dynamite campaign which was the first ever Irish bombing operation on British shores. O Donovan Rossa was a complex character who was both a family and a political man. This book tells his story from the earliest years to his death and funeral - a figure whose life work was dedicated to the establishment of an Irish Republic.