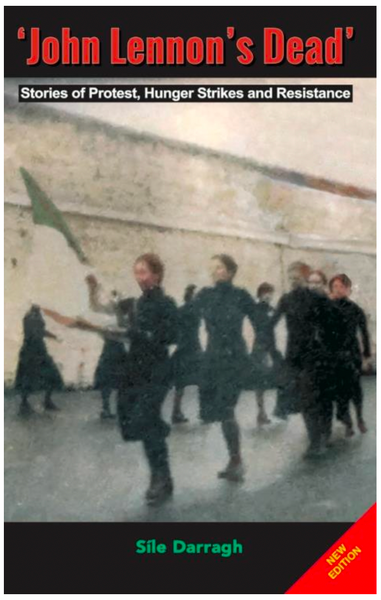 ‘John Lennon’s Dead’ is the ironic title of Síle Darragh’s account of a life of protest and resistance in Armagh Gaol in the late 1970s and early 1980s,
including the two hunger strikes, and of how life on the outside played out on the inside.

It is a rare account of life in Armagh women’s prison. Síle writes about the horriﬁc conditions, the ill­treatment, the comradeship, the formulation of strategy
and of how they were still just teenagers who in normal circumstances would have been thinking about discos, buying clothes and make­up, and building homes.

Told with wry humour and great feeling it goes a long way in redressing the imbalance in the prison history which for many reasons has focused on the blanket
protest in the H­Blocks where ten republicans died on hunger strike in 1981.