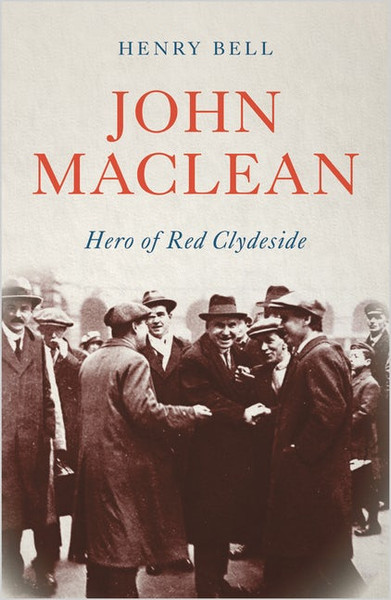 'I am not here, then, as the accused; I am here as the accuser of capitalism dripping with blood from head to foot' – John Maclean, Speech from the Dock, 1918.

Feared by the government, adored by workers, celebrated by Lenin and Trotsky; the head of British Military Intelligence called John Maclean 'the most dangerous man in Britain'.

This new biography explores the events that shaped the life of a momentous man – from the Great War and the Great Unrest, to the Rent Strike and the Russian Revolution. It examines his work as an organiser and educator, his imprisonment and hunger strike, and how he became the early hero of radical Scottish Independence.

1. Out for Life and All That Life Can Give Us
2. Dispeller of Ignorance
3. The Revolutionary Gospel
4. The Rapids of Revolution
5. Internationalists, First, Last and All the Time
6. The War Within a War
7. Convict 2652
8. We are Going to Live to See the Day
9. Scotland's Bolshevik
10. The Accuser of Capitalism
11. Let's Kill Capitalism this Year
12. One Big Union
13. An Open Letter to Lenin
14. All Hail the Scottish Worker's Republic
15. The John Maclean March